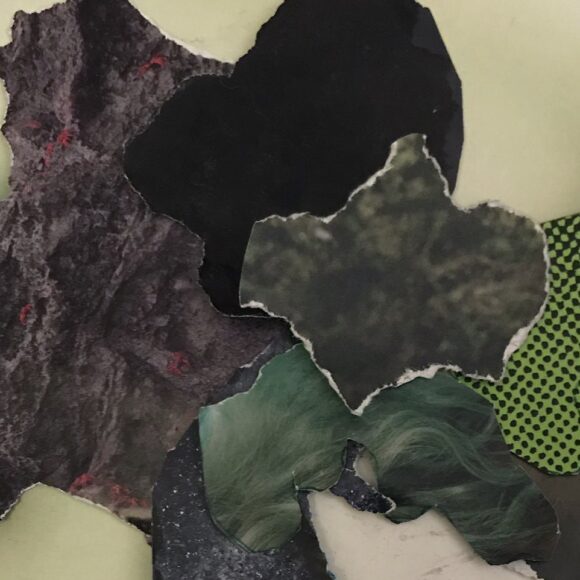 Two elegantly dressed women walk, hooked into each other, along a stretch of road in step. In keeping with the spirit of the times, both are wearing narrow skirts that hug their ankles and wide brimmed hats, with a kind of veil pinned to them that covers the lower half of their faces. Celebrated as a fashion phenomenon of the Spanish flu, the black-and-white photograph was widely shared on Social Media at the beginning of the Corona pandemic 2020. Albeit, in the most symptomatic manner of the 21st century, it didn’t take long for the image to become busted as a historically false classification. Instead, what we see is a German street scene from 1913. Although further background of the photograph is unknown, the caption suggests that the depicted „nose veils common in Turkey“ were probably not a consequence of the largest pandemic of the 20th century – because it was shot five years earlier. Through the coverage of this event, it is more likely that the veiling of the face was reproduced and taken up as a fashion statement. Yet, in retrospect, the image seems almost a foreshadowing of what was to become commonplace as a result of the Spanish flu: The face mask.

Fashion is often described as a „seismograph of society“. Thereby, it is attributed with the ability to anticipate events, feelings and ideas of a society and to hint at them aesthetically before they become tangible elsewhere. In 1940, Walter Benjamin formulated in his “Arcade project”: „Every season brings in its latest creations some secret flag signals of things to come. Anyone who knew how to read them would know in advance not only about new trends in art, but about new codes, wars and revolutions.“1

Almost a hundred years later, our faces are covered again from the halfway point – this time by facemasks that outdo themselves in their creative elaboration. The fact that we were socially unprepared for such an event became apparent in the lack of available masks at the beginning of the year. However, in fashion the garment had already made its appearance long before: labels like Off-White or Fendi have been selling masks for years. In January of 2020, Billie Eilish appeared in a (medically ineffective) Gucci mesh mask to the last public Grammy Awards before the world turned towards lockdown. Up-and-coming French designer Marine Serre sent her models down the runway in a dystopian-looking collection imagined for Spring 2020 with matching mouth guards – actually in response to the rising threat of climate change and the accompanying air pollution. Again, in retrospect, this seems like a kind of foreshadowing.

What kind of future might we anticipate then, if we look at current trends in fashion? When I was strolling through Frankfurt’s main shopping street for my last costume design job in October, I was struck by the amount of camouflage-patterned utility trousers that jumped before my eyes – their designs being indistinguishable from the original, available in the Nato shop around the corner. At Zara Men, I stumbled across a garment very akin to a bulletproof vest. Admittedly, this phenomenon is not an entirely new trend – Camouflage and military-style have a long tradition in fashion history and have been taken up and reinterpreted both by counter and mass culture. Although the patterns and cuts are still used in the military today, they have lost in their potential to shock: In the sense of Baudrillard, one could say that military references have become detached from their origins and thus meaningless2 – camouflage merely a playful accessory.

There is, however, another current trend that adopts and politicises this aesthetic: Survivalism: Literally translated as the “art of survival”, it is a movement that subscribes to a certain lifestyle and communicates it not least through its clothing. People in constant anticipation and preparation for alleged catastrophes, attacks and doomsday; most visibly as Preppers, somewhat more subtly in the exaggerated practice and aestheticization of outdoor extreme sports. Survivalism describes a pessimistic attitude towards the future, which is compensated for by hoarding food, rhetoric about fighting, and wearing camouflage, functional clothing and military-style uniforms.

Now, the classic target group of Zara is probably not a Prepper, and the „equipment“ found there would hardly protect anyone from any real danger. But the fact that the same style is now sold there in mass transforms it into something desirable – it becomes fashion. Thereby, it becomes unintentionally meaningful: „The apocalypse is stylish because it communicates pessimism, irony and indifference,“ explains author and strategist Lucas Mascatello at HighSnobiety.3 „It’s like smoking and drinking because we’re all going to die someday anyway. Instead of the classic outsider attitude of ‚fuck the world,‘ it’s much cooler to say, „‚The world is fucked.'“ Cultural pessimism in attire, so to say.

In Fashion Psychology, there are various theories that explore how clothing affects one’s self-perception and cognitive performance. Among them, the most prominent study comes from the American social psychologists Adam D. Galinsky and Hajo Adams who coined the term „Enclothed Cognition“.4 It goes back to an experiment in which test subjects were put into a white coat. When they were presented with the garment as a doctor’s coat, they performed significantly better in a performance test than other participants who thought the same textile was a painter’s garment or had not been told it was special professional clothing at all. The researchers concluded that there is a connection between the attributes we assign to certain social groups and their usual clothing.  Apparently, this attribution is so deeply inscribed that it affects our perception and behaviour. Clothes are never just clothes but an embodiment of cultural associations that we can hardly defend ourselves against – neither emotionally nor cognitively.

If, however, survivalism is an embodiment of cultural pessimism, doomsday and belligerence, it is worthwhile to think about how this trend affects our sensibilities, and who shapes it. We could ask, for example, why it appears predominantly (not exclusively) in menswear and which stereotypes it thus serves. Or why it is experiencing a simultaneous upswing with the so-called „hygienic demonstrations“ that have become hijacked by the far-right and whose biggest concern, among other things, is to protest against the wearing of actual protective clothing. Interestingly, face masks are an essential part of Survivalism gear. However, when its wearing becomes necessary and mandated by the government, its symbolism loses its menace and turns into its opposite, becoming a symbol of protection. In their attempt to intimidate, this leaves the ostentatious survivalists with the mere option of demonstratively rejecting the mask, because ultimately that is what survivalism is about: the appropriation and reinterpretation of the symbolism of protection into that of aggression.

Camouflage was originally developed to disguise soldiers in nature, however, in the urban setting its wearer becomes hyper-visible. Aware of this phenomenon, many of the people involved in the attack on the Capitol in Washington D.C. a few weeks ago also dressed in army style. “The rioters in Washington embraced camouflage and other kinds of battle regalia with literal intent”, writes Vanessa Friedmann in the New York Times, “for them, it was not about wearing camo-inspired print, with all the ironic reassessment that implies; it was about wearing actual camo and playing soldier.”5

All these impressions should not lead to the question of whether it is still okay to wear camouflage or not. Instead it is a sensitive examination of the history of military clothing, its effect on us and our environment, the question of whether and how it can still be used subversively today – and who is making money from the trend. Survivalism thrives in times of global insecurity, and one of the essential functions of clothing is to provide protection – physically to our bodies, and symbolically to ourselves.

By the time the vaccine reaches all populations, it will also be a piece of textile that protects us – however not in the form of a thinly lined military-style polyester waistcoat. In this respect, the face mask is more or less the dialectical antonym to Survivalism. Our task in this pandemic is not to prepare for a war attack, but about protecting oneself and one’s environment from a virus. The required “art of survival” here is called consideration and endurance. By wearing the mask, we admit and communicate to others that our bodies are vulnerable. This is in contrast to the mere pose of arming ourselves.

1 Benjamin, Walter. Das Passagenwerk, Frankfurt am Main 1927-40, Vol. 1, p. 118.
2 Baudrillard, Jean. Simulacres et simulation, Michigan 1981 (1994), pp. 1-30.
3 „The apocalypse is stylish because it communicates pessimism, irony, and indifference — like being a smoker or drinking hard because we’re all going to die anyway. Rather than the classic outsider stance of ‚Fuck the World,‘ it’s infinitely cooler to say, ‚The World is Fucked.’“ Mascatello, Lucas. „Why Fashion Is So Turned on By the Apocalypse“, in: Highsnobiety.com, 17.04.2020. URL: https://www.highsnobiety.com/p/apocalypse-fashion-trend-analysis/.
4 Jarrett, Christian. „Introducing ‚enclothed cognition‘ – how what we wear affects how we think“, in: Research Digest, 01.03.2012. URL: https://digest.bps.org.uk/2012/03/01/introducing-enclothed-cognition-how-what-we-wear-affects-how-we-think/.
5 „The rioters in Washington embraced camouflage and other kinds of battle regalia with literal intent […]. For them, it was not about wearing camo-inspired print, with all the ironic reassessment that implies; it was about wearing actual camo and playing soldier.“ Friedman, Vanessa. „Can I Still Wear Camouflage After the Insurrection?“, in: The New York Times, 15.01.2021. URL: https://www.nytimes.com/2021/01/15/style/camouflage-associations.html.